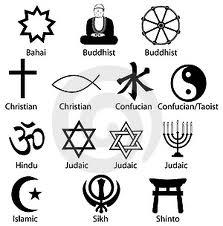 It is often said that every religion claims the ‘truth’ and superiority over all others. It is one of the reasons why many people are weary about religion, perceiving them to be one and the same.

Religions like Buddhism, Hinduism and Sikhism, which, because of their non-proselytising nature, are widely viewed as tolerant and inclusive. Islam, on the other hand, is looked upon as an exclusivist religion, with its sanctimonious claims of eventual world domination; the killing of those who oppose the faith, and reinforced with the Quranic verse: “Whosoever follows any other religion than Islam, it shall not be accepted of him, and in the hereafter he will be among the losers” (3:85).

How does one reconcile verses like this with the idea that Islam is an inclusive religion? Before going any further it is important to bear one thing in mind: Islam regards itself as the completion and synthesis of all revealed religions, the final brick in the house. That is not to say, however, that great saints and people of knowledge from all over the world will not come and teach humanity after the Prophet Muhammad.

Since the word ‘Islam’ means ‘self-surrendering [to God]’, the term ‘Islam’ can become a bit vague and can therefore be projected onto other religions, too, seeing that all the major world religions require the surrendering of one’s heart, mind and will. Jesus in the Bible asks his followers to do exactly this.

Al-Ghazali, one of the greatest Islamic thinkers, did not rule out salvation for those outside the faith of Islam. (1)

According to Zamakshari (12th century AD), “the Quran bears witness…to the transcendent unity of all revealed religions based upon the belief in One God.” (2)

There is a verse in the Quran which says: “Truly the believers and the Jews and the Sabians and the Christians – whosoever believeth in God and the Last Day and doeth deeds of piety – no fear shall come upon them neither shall they grieve” (5:69).

The Sabians aren’t defined in the Quran and, according to Ibn Taymiyyah, one of the most famous Islamic scholars and theologians, he says they are – or could be – those who don’t have a specific book but believe in God (3). According to Muhammad Ali, the Pakistani writer and scholar, the term Sabians can be applied to Hindus.

Ibn Arabi, also known as “Shaykh-al-akbar” (the greatest master), recognised the validity of all previous dispensations, rejecting the idea that Islam abrogated them. Instead he believed Islam takes precedence over them, or, in the literal sense, “sitting above” them (4). Islam, he said, was like the sun, whereas the other religions where stars. Justice cannot be done to the writings of Ibn Arabi on this topic in this short blog. But here are two sayings which are important.

Ibn Arabi also said: “Beware of being bound up by a particular religion and rejecting others as unbelief! If you do that you will fail to obtain great benefit…Try to make yourself a Prime Matter for all forms of religious belief. God is greater and wider than to be confined to one particular religion to the exclusion of others. For He says [in the Quran]: ‘To whichever direction you turn, there surely is the Face of God.'” (6)

Pope Puis XI said: “Do not think that you are going among infidels. Muslims attain to Salvation. The ways to God are infinite.”

Sadly, there are not many Muslims who have a pluralistic worldview anymore, forgetting that Islam, primarily, is a religion of love and beauty, not intolerance and harshness. The Prophet Muhammad obligated his followers to look after one’s neighbour, without qualifying their race or religion, he also did not limit how far one’s neighbour should live from one’s household. The point being that Islam’s worldview is that everyone is a neighbour, and should be treated as such.

The Sufis, the mystics in Islam, often quote a Prophetic saying: “There are as many paths to God as there are human breaths.”