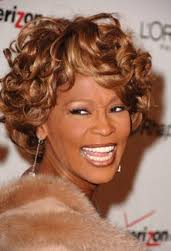 Whitney’s Houston’s publicist, Kristen Foster, has announced the death of the “Queen of Pop”. In 2009, the “King of Pop”, Michael Jackson, died in mysterious circumstances after many years of trouble, accusations and controversy. Houston, too, was not shy of controversy: in her later years, she was believed to be on drugs and, in 2006, separated from her husband Bobby Brown, after years of problems and alleged domestic abuse.

Houston won more music awards than any other female recording history in history, she won six grammy awards and is one the best selling singers of all time.

Like many other world famous artists, Houston was accused of drug abuse. Etta James, who died last month, was treated in the ’70s for her misuse of drugs; MJ, Amy Winehouse, Elvis Presley, Jimi Hendrix were all known for their drug use, too. The question that arises is: why do the most famous musicians in the world feel the need to resort to drugs? They have everything, so why do they feel the urge to escape the world of reality and use intoxicants? Perhaps purely for fun? But aren’t they having enough “fun” as it is in their “luxury” lifestyles?

A person who is truly happy, or who has inner peace, will not resort to drugs. Drugs are used to fill a void, a void created because of inner disquiet. George Green, who toured the world with the likes of Kanye West, Jay Z and Snoop Dogg, recently left the music scene and has talked about how “money, women and materialism” didn’t bring him happiness – neither did he think those whom he toured with were happy either – there remains a void. There is no lasting satisfaction from material pleasures, he says, the lifestyle many musicians lead does not bringing lasting fulfilment.

Houston, like MJ, were two of the greatest entertainers of this age. However, there has to be a reason why so many celebrities lives are shrouded in complication and vicissitudes. R.I.P Whitney Houston, but let’s not forget those in Syria right now who are being slaughtered. No life is more precious than any other.