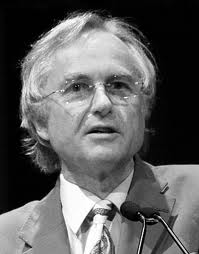 They say ‘knowledge is power’ but power often corrupts the human psyche. Power often leads to arrogance and arrogance infects the heart like no other disease. To prevent hubris from penetrating the heart, when we accumulate knowledge, it should be done with sincerity. If we acquire knowledge to, say, impress others, arrogance will end up infusing our hearts.

The concept of Jihad, is in many ways, a subjective one. The word Jihad, means to struggle against something. The highest form of Jihad is to struggle against, suppress and master our evil inclinations. This in Arabic is called: Jihad-an-naffs (Jihad against oneself). But Jihad has many permutations: we can perform Jihad against a tyrant, against those that fight against us, or against any evil in our society. Jihad is therefore a universal concept.

“Many people think about changing the world, but few think of changing themselves” as the saying goes. And it’s true: if we’re more concerned about improving society and not ourselves, we will never achieve anything. Peace is something that starts from within and then manifests to the wider community.

We willl never be a peaceful society until we are at peace with ourselves.

Salaam Alaykum, may peace be with you.