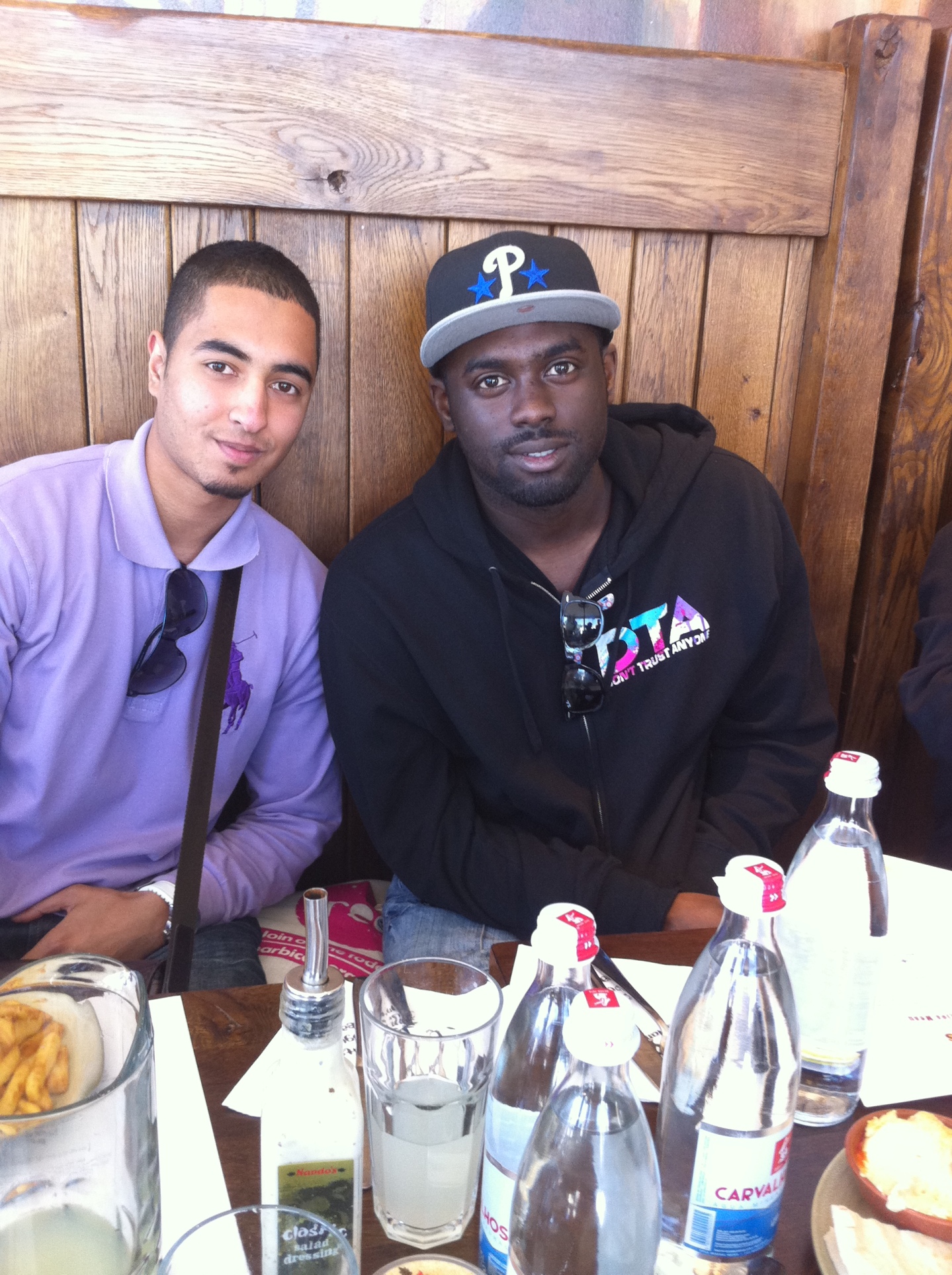 I had an interesting talk with P Money today in Nandos, Lewisham. Ay, how did Omar get talking to P Money in Nandos-you’ll be asking? I was one of the winners of a competition held by Live Magazine. The criteria to enter was: ‘Tell us something interesting you’ve done recently’; so I told them about my blog. They happened to quite like it and selected me as one of the five winners.

I went to the lunch not really knowing what P (Paris) Money was going to be like. There is no doubt that he is extremely talented in what he does, but I wasn’t sure if I would like somebody who raps about violence and ‘his anaconda’. I was pleasantly surprised to find that P was soft spoken, humble and lacked pretentiousness.

So I started chatting to him and asking him questions. He told me about his upbringing and the environment he was brought up in. How he never involved himself with gangs and violence – but was often caught up in it because of the area he lived in. Consequently, this has had a huge influence on his music and lyrics. He tells me how he doesn’t rap about what people want, but about what’s going on in his mind and what is immediately affecting him. “But what if somebody offers you a multi-million pound contract to become commercial, but they tell you to veer away from your natural style of music, are you telling me you would say no to this?” His answer to my question was immediate and certain: “I wouldn’t accept it. I don’t do music for the money.”

We then talk about the grime scene. “Grime is just as good as it use to be, it just doesn’t have the same support. It’s because people who were around back in the day have grown up and have matured now.” P then goes on to complain about how radio stations feel reluctant to play grime, and feel more safe playing commercial music- even though the lyrics are often worse and more negative.

“There are people at the top who control what we listen to. People like Lady Gaga aren’t born like that; why would somebody want to dress up in a meat costume? They’re told to dress like that and they are told what type of music to produce.”

Before meeting him I had a lot of respect for his MC’ing ability, but now I have respect for him as a person. He seems to be grounded and despite the sudden popularity and success in his life, he is probably the same person as he was before. Salute.