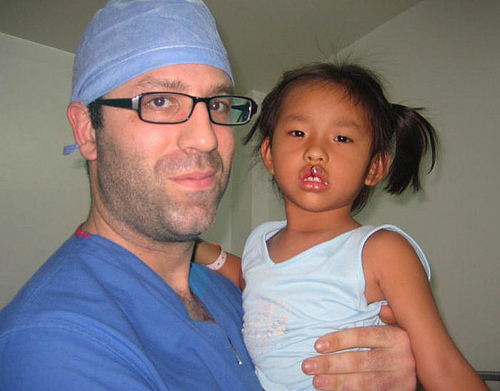 I’m in Dubai International Airport, sitting in the lounge area waiting for my flight back to London when I meet Davina Spencer [name changed to hide identity], a South African teacher who regularly teaches in Seoul, South Korea. My conversation with her was, erm, weird but also intriguing.

To say that the culture of South Korea is different to ours in Britain is a complete understatement. “If a child performs well at school, their parents will reward them with money for plastic surgery,” Spencer tells me. If the prospect of children as young as 14 getting plastic surgery doesn’t freak you out, maybe it’s because I haven’t told you what type of surgery they receive. Spencer further tells me: “Because they [South Koreans] generally have round faces,  the plastic surgeons break their jaw on both sides to make their face longer so that they can look more western.” Ouch. That is, of course, just one of the many procedures that they go through in an attempt to look –in their opinion — more aesthetically pleasing.

In Britain, plastic surgery is, generally speaking, a rarity but in South Korea it is a norm. Their desire to look better borders on an obsession. And for teenage girls their primary concern is their eyes. The mentality is ‘the bigger my eyes, the more attractive I am.’ A girl’s dream can come true via a $800 operation whereby a small incision is made above the eye which creates an artificial double lid – this operation has come to be known as ‘an eye job’.

A nose job is not particularly unusual, many celebrities get it, but what is weird are calf and thigh operations. Many girls in South Korea get liposuction on their calfs, or worse, get the entire muscles extracted. “This is because Korean girls often have very muscular legs, and they don’t think it suits them,” Spencer tells me as I ponder whether I want to hear anymore.

It is not just looks that the Korean race are obsessed with, it is also their intellectual ability. All the school children are so clever and they are in constant competition with one another. It is not unusual for the whole class to excel academically, but when a student fails to, say, get an A or A*, they become depressed. But why are all the children so clever?

South Korea is one of Asia’s biggest economies, behind, of course, the titans China and Japan who have the first and second largest economies respectively, and, in an attempt to compete with their rivals, education is seen as key. The meritocracies send their children to the elite schools, and the parents and grandparents who cannot afford to do this, make sure their children miss no opportunity during the course of the week to be schooled. Sleep is seen as a weakness. And as such, children are schooled from around 9am till 7pm on a week day, this is followed by a couple of hours break before another couple of hours of private tuition until the early hours of the morning. The weekend is by no means a time to relax either.  “Children come into school even if they are really ill,” I am further told.

Although I don’t agree with the obsession of aesthetic beauty, I’m not sure if constant schooling is necessarily a bad thing. Sure, it does have its defects, in that children are over worked and may not have the chance to enjoy the younger years of their life. However, if the entire nation is being stripped of ignorance and all ultimately become intellectuals – and if they become great scientists helping humankind; is this a bad thing? Surely not. One thing I kept thinking was: South Korean children – a future ‘super race?’ Hmm quite possibly.