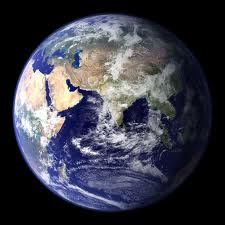 The intervention in Libya, is, without doubt, yet another conspiracy. The latest in a world replete with conspiracies and corrupt governments. But what is the global conspiracy? Well, tackling this issue in its entirety in a blog post is hard, let alone impossible. Why is it that government’s pour billions of pounds into wars that aren’t even explained or justified while neglecting those who are suffering in places like Congo? It is questions such as these that will be at the heart of this brief post. Let’s look at the facts.

Let’s first look at the recent uprisings in the Middle East. Some say it started when Mohammed Bouazizi lit himself on fire in Tunisia, others like Robert Fisk, would say it was only a matter of time until the whole region imploded after years of brutal dictatorships, while some cynicists will say it is was all inspired by America or the CIA. The third option, in my opinion, seems the most unlikely, but what is interesting has been the reaction of some of the worlds most powerful countries.

The Egyptian and Tunisian regimes of Hosni Mubarak and Ben Ali have been toppled respectively, and it is still unclear how many more Arab dictators will follow in their footsteps. While America eventually criticised Mubarak and Ben Ali for their vicious crackdown on protestors, they have yet to speak out against the Bahraini, Yemeni and Saudi governments. These three regimes have found themselves exempt, at least partially, to such criticism from the White House.

Bahrain is a strategic place for America as it holds the US fifth fleet and a military base. Ali Abdullah Saleh, Yemen’s President, has been given a role by America to suppress the Al Qaeda members in the country. And then there is Saudi Arabia. The country that provides vast amounts of oil to the West. Do you really think America, or any western country for that matter would dare criticise them?

America have propped up dictators, armed them, funded them and then killed them. Saddam Hussein is a prime example. When the West have had enough of them they violently turn on their ‘allies’ invade their country and kill them. The most recent example, of a crack-pot the West have supported is Colonel Gaddafi. But his time is now up. John Pilger has spoken of the dozens of governments America has attempted to overthrow, many of them, of course, democracies- many of them in Latin America.

The UN backed intervention in Libya only serves to remind us of the hypocrisy of many Western countries. Where have they been for the last 42 years of Gaddafi’s oppressive reign? And all of a sudden they want to suddenly hold the moral high ground? Why is it only now when Gaddafi is suggesting he may give his oil to India and China and not Europe, that the West intervenes? But, no, we are lead to believe the intervention-or bombings should I say-are to save the people of Libya.

According to renowned journalist Helen Thomas, the Zionist lobby and the gun lobby are the two most powerful forces on the American government. Likewise, in Britain, the Conservative Friends of Israel group is described by British political analysts as “beyond doubt the most well- connected and probably the best funded of all Westminster lobbying groups,” according to an article on PressTV. Is it any wonder then that Israel have continued to get away with their ethnic cleansing of the Palestinian race for all this time? It is important, however, not to conflate the terms Zionist and Jew. The Jewish religion is good, the Zionist ideology is not. And this is exactly why, organisations like Jews Against Zionism, not only condemn the Zionist dogma, but also denounce what the state of Israel (run by a Zionist regime) are doing in Palestine.

What’s worse, though, is the Arabs league’s failure in being able to do anything about the massacres in Palestine since the organisation’s inception. Why can’t these 22 countries which was founded over 60 years ago, who have wealth, intelligence and resources at their disposal stop one tiny state (Israel) from committing, what many people around the world regard as the genocide in Palestine?

Let’s talk about 9/11. Was it orchestrated by the American government, or did it happen just the way we were told? I would say somewhere in the middle. Keith Seffen, a senior lecturer in Cambridge’s engineering department conducted research which dismissed claims that the twin towers couldn’t have collapsed in the way they did. Nevertheless, there still seem to be some anomalies in the story we are told. Whatever the case, 9/11 has been used as a means to justify the famous “war on terror” which is nothing more than a euphemism for “lets invade Muslim countries.” The meretricious cowboys that took their countries to the “War in Iraq” (it wasn’t really a war, it was an invasion) are now reaping the effects though. 4,400 American soldiers have died in Iraq thus far-more, of course, than those that died in 9/11.  Nobel prize winner Joseph Stiglitz and Harvard University’s Linda Blimes, in 2007, put the cost of the Iraq war at $3 trillion-60 times the amount Bush et al said it would cost originally.

If America can afford to funnel so much money into Iraq-and let us not forget Afghanistan where it costs $1 million to keep a soldier there for one year-then why are they so lackadaisical when it comes to ending poverty? I’ll tell you why. Although governments do give some of their wealth to poor countries, their primary motives extend only as far as their own interests are concerned. Helping starving people in Asia or Africa does not serve their interests. This is not to say, however, that all western governments are selfish.

So what is the global conspiracy? There are probably many conspiracies that exist within the world, but im not sure if there is one conspiracy that is responsible for the way the world is. Wikileaks is an interesting example. Why are governments so opposed to transparency if they’ve got nothing to hide? Why are America currently torturing Bradley Manning?

But hold on, some of you may say, what about the bilderberg group-the most powerful and elite people on the earth who meet up to shape the world. Well, there certainly is an organisation called the bilderberg group. Do they control the world? Maybe to an extent. But seeing that im a theist, I would prefer to say something higher is in control of the world.